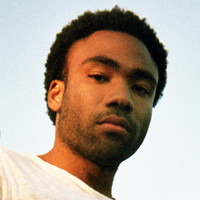 Childish Gambino, aka Donald Glover, released new song 3005 last Monday. Though his SoundCloud is limitedly used, “3005” is steeped in heavy bass sounds and intense synths which Glover seamlessly raps over. His flow is romantic yet grimy- an odd but alluring combination.

You can listen to the track below:

Along with the release of this new song came Glover’s news of an upcoming album, Because of the Internet, which is rumored to be released this December 10.

Gaining excitement for this upcoming release, Glover has been seen hosting impromptu listening parties in New York’s Washington Square and a few other locations, according to thestar.com.

Glover’s last album Camp, which was released in 2011, gained mixed reviews raging between called “rap album of the year” to more critical comments of the albums themes and Glover’s assumed insensitivity towards those themes. Yet, regardless of  is beloved by fans. The second single Heartbeat reached #18 on the Billboard charts and the first single Bonfire has an insane music video.